Welcome to BeyondRB. Our mission is to educate, assist and provide support for children and families battling retinoblastoma. Our primary message is one of early diagnosis and treatment. A simple test at birth can help save children’s lives and eyesight. Help us raise awareness and save lives by making a donation today. (BeyondRB is a 501(c)(3) foundation.)

“If we only knew to ask.”
Retinoblastoma (RB) is a malignant cancer that develops in the retina during early childhood. Undetected, RB requires the removal of the eye to keep from disease from spreading to the optic nerve and brain.

About 300 children in the United States are diagnosed with the disease each year. Retinoblastoma is considered by some to be rare, but even so, it is the most common eye malignancy in children. Screening for the disease involves a simple, 10-second, red-reflex test, which is recommended by the American Academy of Pediatrics.

Yet most pediatricians will only administer the test if parents request it. And an overwhelming majority of parents are simply not aware of the disease, or the risk. 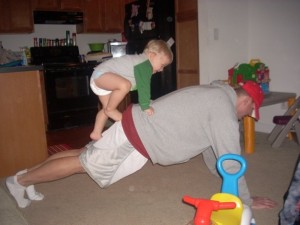 It’s this lack of awareness that makes the disease is so devastating to parents of afflicted children. I know. My son Andrew was born with RB in 2007. He inherited the disease from me. And while I lost both my eyes to the retinoblastoma, early detection saved my son’s vision, and perhaps his life.

Early detection
Had Andrew not been tested early, things would have been much different for him. I was not diagnosed with RB until I was 2. My left eye was removed soon after. I was 28, just a year after Andrew was born, when RB took my right eye. Retinoblastoma is genetic mutation, passed on 25% of the time. This was the only reason Andrew was examined at birth for the disease. The odds were in our favor, but fate was not.

One of my most vivid memories before going completely blind was looking at the Andrew in the hospital just after he was diagnosed. Awash in feelings of dread and guilt, I thought of my struggles as a child. At 35, I am one of the oldest living survivors of retinoblastoma in the world, and hold the dubious distinction of receiving more radiation treatments to the head than almost anyone alive today. The thought of Andrew suffering the same fate as me was devastating. The fact that seven years later, Andrew has perfect vision in both eyes, is a testament to how important and effective early detection can be.

BeyondRB: What we do
Andrew’s life has not been without difficulty. He has had over 40 cryotherapy surgeries to eradicate tumors that continually form in both eyes. While he was terrified of the procedures at first, he’s grown stronger than I ever imagined.

BeyondRB also helps families cope; both financially and emotionally, with the challenge of treating retinoblastoma. There are only a handful of doctors with the right kind of experience. Donations to BeyondRB will help take the financial sting out of travel and lodging required for treatment.

It is not uncommon for me to track down parents of RB victims and compare and contrast my story to Andrew’s. When Andrew was diagnosed I questioned briefly if I would have the strength to go on. My recovery was based on the thought then that “I needed to survive to help him survive.” Silly me. It has been Andrew who has showed me how to survive. Countless times has had surgery one day and been at school the next. It was not soon after the world went dark for me, did my young son step-up and become my eyes.

Not only did early detection of Andrew’s retinoblastoma treatment save him, it probably saved me too.